Dentistry When the Average American has Less than $500 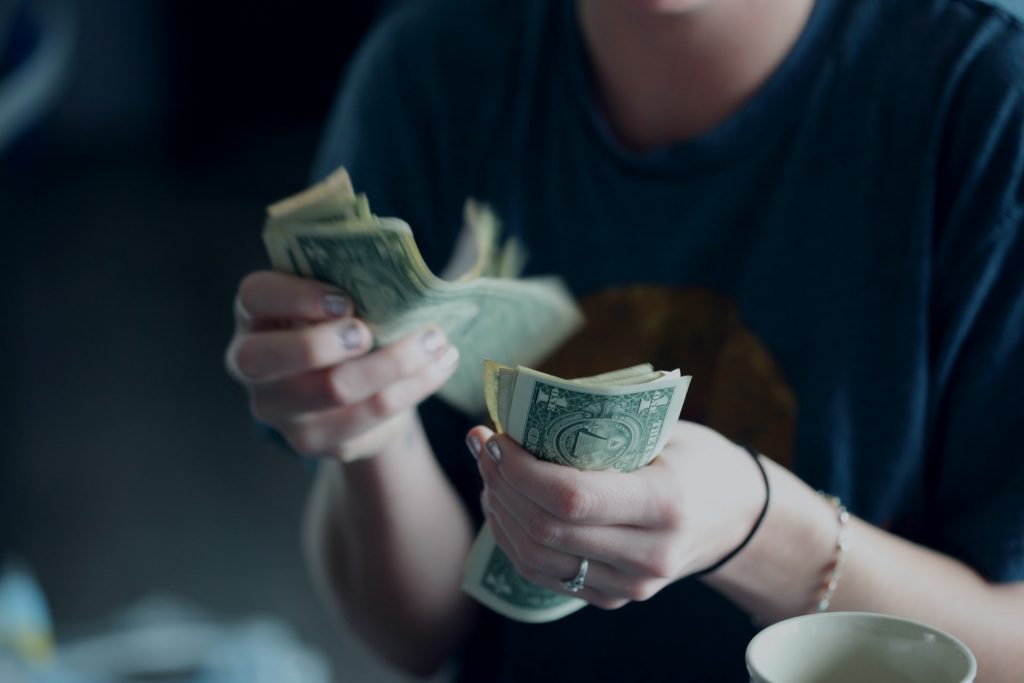 A notable survey reported by Forbes, CBS, and multiple other prominent outlets concluded that the average American, approximately 6 out of 10, would be unable to cover a surprise cost of $500 or more.  A bill of that magnitude would either result in the need for them to take on debt, or the cost would become a non-started all together.  But the savings, the money in the bank, was not there for them.

How far does $500 get you at the dentist? I think you already know the answer to that.  Not even 1 crown. Maybe a couple fillings?

“The dentist is too expensive” is something that I think we have all heard from our patients.

Some, not all, dentists will roll their eyes at that statement.  “I see that new iPhone” the dentist says, “If they can afford that, they can afford their treatment plan.”  Yes, a new iPhone costs over $1,000 — but the iPhone buyer also utilizes debt via the form of a payment plan to get the phone.  Very rarely is the average American buying the iPhone outright. The phone which provides them entertainment, communication, information, Uber, and almost everything their heart desires.  The phone sells itself, and for many people, honestly the phone DOES have more value to their daily lives than the value of a single tooth.

You can debate back and forth the value of iPhones vs dental care all day long.  That will be another article.  The point of this article is to acknowledge that for the AVERAGE American patient it IS a debate.

When you are presenting your treatment plan with a $600 co-pay.  There is a good chance, 6 out of 10, that not only would this expense completely drain your patients’ bank account – but would also send them into debt.

Upon completion of your dental exam, you know what the patient needs to reach oral health. Cost aside, the teeth need what they need.  But from a human empathy point of view…does it change the dialogue, conversation, or compassion to the patient when you know that the costs to fix their teeth will drain their bank account to zero?  For ~6 in 10 of them.

Change the numbers and keep the ratio for yourself mentally.  Think of the number in your bank account.  Would you be willing to take your bank account to zero, for a crown on a posterior tooth? A tooth that “nobody can even see?”

Virtually 100% of dentists are insulated from the financial struggles of the average American because of the income stability that being a dentist provides.  Many dentists may be ‘numb’ to the reality of what financial hardship even feels like.  Many dentists live in upper class, or middle upper class neighborhoods – having social circles of the like; and are isolated from even having conversations or encounters with people that don’t have $500. It doesn’t seem ‘real’ to them.

This report published by the ADA states that 85% of people ‘believe dental care is very important’ but only just over 50%-60% of people (depending on the year) actually go to a dentist.  Almost half of the population does not see a dentist yearly.

So maybe, just MAYBE, I know its a crazy idea – maybe the patient saying their treatment plan is too expensive doesn’t mean they “don’t value dental care,” or “don’t value your skills” – maybe it means THEY DON’T HAVE $500.

Maybe paying $500 to you means their bank account goes to zero and that is scary to them.  Maybe more scary than getting the shot in the mouth or losing the tooth?

Charts like this one here are often cited with a tagline to the effect of ‘dentistry is not expensive, neglect is’ and show the rising cost of dental care, as dental health worsens. 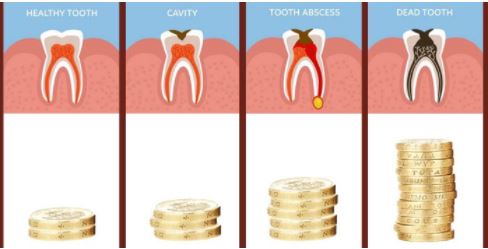 However, these charts always leave off the true endgame of a diseased tooth — which is the cheapest treatment option of all.

Yes cost increases as neglect increases – but there is a certain point when cost drops DOWN if they wait and neglect long enough – and simply have the tooth extracted.

The city I practice in has a very average household income of about $70,000 per year and it is RARE I see a new patient above the age of around 35 that still has all of their teeth.

There are also a slew of other economic barriers to entry to dental care besides the cost of treatment which can easily amount to several thousand dollars, very quickly, in a mouth that has not been maintained properly.  One could suspect that if $500 is a barrier, money is fairly important.  How much more money has the patient ‘lost’ by taking off work that day to go to the dentist? How much of that $500 have they spent on a babysitter so they can come see you? Wait, they need to come back for another appointment? And take ANOTHER day off of work?  You’re only open 9 to 5? Monday through Thursday?